The growth in popularity of Formula One has seen a huge increase in betting on the sport in recent years, and as Jack Houghton explains, winning money isn't just about picking the fastest driver...

However Bernie Ecclestone may have been presented in the media over time - and anyone who has read the subject-endorsed biography, No Angel: The Secret Life of Bernie Ecclestone, by Tom Bowers, will have little reason to question the media portrayal - it's hard to quibble with his record. When he took over management of the commercial rights of the sport in the early 1970s, Formula One was little more than a pastime for gentlemen amateurs, but now, 40 years later, it is a multi-billion pound industry, with more than 600 million people worldwide watching each grand prix on television.

That staggering growth in popularity has been matched by a ballooning of Formula One betting opportunities. Whilst in the 1980s British punters were lucky to be able to get much more than a small bet on the winner of a grand prix - with a few more options offered when Nigel Mansell was at his prime, perhaps - huge volumes are now traded on a variety of markets, especially on Betfair.

And for all that discussions of complex technology may dominate the fan discussion-boards, Formula One offers a simple betting proposition: who can drive their car a set distance, in the fastest time, in 20 races around the world, between March and November? At least it sounds simple.

A grand prix takes place over a weekend, with two free-practice sessions on the Friday, another free-practice session on the Saturday, followed by qualifying later the same day. In a typical grand prix, with 24 drivers, qualifying takes the form of a three-round elimination-process, with each round lasting 10 minutes, with seven drivers being removed from qualifying and placed towards the rear of the starting grid after each of the first two rounds, leaving the last 10 drivers to battle it out for the 10 most prominent starting positions in the final round. The race is held on the Sunday. 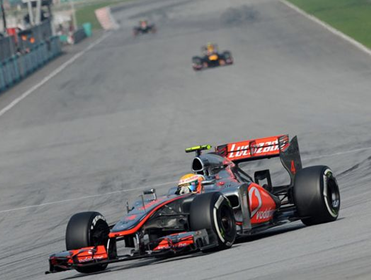 Tips and Trading Strategies
Don't over-bet the driver on pole
The driver who qualifies fastest certainly enjoys a significant advantage in the race itself. For all the discussion in recent years about greater car parity and increased opportunities for over-taking, the driver in pole position still goes on to win just under half of all grand prix races. And this figure has remained stoically constant in every recent year, with the 2012 season, by way of proving the point, delivering a perfect 50% record.

This is incredibly useful information to have to hand when assessing where the value lies in a grand prix winner market, as the driver on pole will frequently trade at odds much shorter than the 2.0 that the statistics suggest they should. This is especially the case with high-profile drivers like Sebastian Vettel and Lewis Hamilton, who, having qualified fastest, will often trade significantly below even money, as if, by starting first on the grid, they have all-but won the race. In actual fact, even a racer like Vettel, who has been so dominant in recent seasons, only wins fractionally more races from pole position than the average; and Hamilton, perhaps surprisingly, is particularly bad at converting poles to race wins, performing at around 40% in recent seasons.

This information can also help when looking to place a pre-qualifying bet in the grand-prix winner-market. Often, when boasting a strong recent race record, a driver will trade short odds-against, even before the market has seen them qualifying. These drivers often offer an excellent lay-to-back opportunity. If failing to take pole, their odds will drift dramatically, and even on the occasions where they do go on to head the grid and their odds shorten, they still have only a 50% chance of converting that in to a race win. 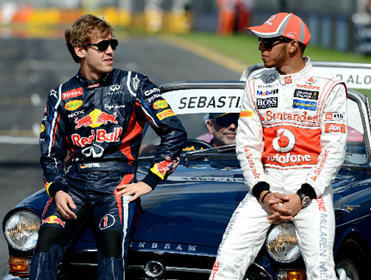 Be well-informed, especially when betting in-play
Anyone who has watched F1 for any length of time will know that the overwhelming reason why pole-sitters don't have a better record of race wins is because misfortune can strike any driver: even those with clear track in front of them. Those who backed Mika Häkkinen to win the Spanish Grand Prix in 2001 when clutch failure forced him to retire a mere five corners from victory will be well aware of this.

Given that, no matter how seemingly unassailable his position, misfortune can strike a driver at any time - crashes, mechanical failures, safety cars, race stoppages, time penalties and the like - it is crucial that you arm yourself with as much information as possible. This will allow you to determine when misfortune is more likely to strike, and react to it quickly when it does.

At a very minimum, you need to know the layout of the track. This will allow you to judge, instantaneously, where a collision has occurred, which will help you assess the likely impact it will have on the race. Knowing where the pits are, and where the safety-car line is, will also help you to react to in-play developments.

It's also necessary to have reliable and timely data to hand when betting in-play. Whilst broadcasters generally do a good job of informing viewers of the latest developments in a race, that information will often not be communicated until there is a natural break in race commentary. However, with the official F1 website, and others, offering real-time race data, and a host of weather services showing you the latest metrological patterns at and around a circuit, it is often possible to have access to that information before most other punters, which can make the difference between in-play success and failure.

And when it comes to assessing the likelihood of the driver out-front being able to stay there, you would do well to look at the reliability statistics offered by websites like Viva F1, which also provides a wealth of other information of use to the savvy F1 punter, such as the characteristics of different circuits and the performances of drivers at different tracks.

Ignore media reports and rumours
Having stressed the value of good information, it is also worth stressing the dangers of bad information. As with all sports, the media needs to fill column inches in the run-up to a grand prix, and will do this in any way it is able: reporting on technological advances a team may be about to unveil; leaking details of driver spats; or eulogising about a car's performance in a rumoured testing session. It's worth remembering that, with some information, unless you can verify and quantify it, instead of being helpful, it is more likely to be harmful to your prospects of profitability.

Pole positions are not like London buses
It would make sense that to predict the driver to win pole, you should simply look at who has won it previously. After all, if a driver and team have been successful in a very particular context before, it makes sense that they are more likely than others to be able to be so again.

That's not what the data says though. Looking at every grand prix from 2006, when the current system for qualifying was adopted, drivers only win back-to-back poles around 30% of the time. That figure did creep up in 2010, when Vettel was so dominant, but has otherwise remained fairly constant in every other year.

Have this in mind when you're looking at the odds available and, if tempted by the pole-sitter from the last grand prix, make sure you are getting odds bigger than 3.5. If not, then the value likely lies elsewhere. 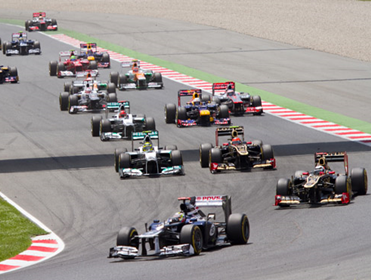 With further thought, this makes sense: having positioned themselves at the head of the race in qualifying, the driver on pole will naturally adopt a more conservative race strategy, and so is unlikely to post the very quickest lap times. With this in mind, then, there are two strategies a Betfair punter should considering in the fastest lap market.

The first is to back the team-mate of the driver on pole. If the team in question have been able to produce a car sufficiently suited to track conditions that one of their drivers could set the fastest lap in qualifying, then it follows that their other driver, presumably pursuing a more aggressive race strategy, will stand a strong chance of setting the fastest lap in the race. By way of example, on all the occasions that Sebastian Vettel was on pole in the 2010 and 2011 seasons, his team-mate, Mark Webber, went on to set the fastest lap in around a third of those races.

The second strategy is to identify a high-profile driver, who has been placing well in recent grand prix, but who finds themselves down the field. This might be a result of a mistake in qualifying, in which case you could choose to back them before the race; or it may be because of a mechanical error, accident, or pit-lane mishap during the race, in which case they can be supported in the fastest-lap market in-play. In such a position, they are far more motivated to take risks to improve their position, and, in so doing, are more likely to set the fastest lap than the driver who is carefully nursing a leading car.

Don't over-commit in the early stages of a season
Whether betting in the market for the Drivers' Championship, or individual grand prix, it's worth remembering that teams can often take a few races to find their feet, especially when there have been significant rule changes or new technological developments. Remember that Vettel only managed one podium finish in the first three races of 2012, but went on to take the title.

Instead, it's a far more prudent strategy to keep stakes small in the first few races, building up knowledge about which new-season cars are most likely to perform on the different types of circuits they will race. This will pay dividends later in the season, when you can increase your stakes with more confidence.