Boxing may ultimately be about two men standing toe-to-toe in the ring, but when it comes to betting on a fight there's a lot of different things to consider if you want to win money. Jack Houghton explains...

Formats and Tournaments
With the virtual disappearance of top-flight contests from terrestrial television in the mid-1990s, boxing became a niche betting sport, with most British bookmakers only pricing up a limited number of markets on high-profile events involving the likes of Naseem Hamed, Joe Calzaghe and Lennox Lewis.

However, in recent years, with the continued success of British boxers like Ricky Hatton, Amir Khan, David Haye, Carl Froch and Ricky Hatton; the wide availability of the best international pay-per-view bouts; and the success of tournament formats like the Super Six and the Betfair Prizefighter series; boxing betting volumes have soared, and the would-be boxing punter has never had so much opportunity and choice.

With that opportunity, though, comes increased risk. With so much on offer, it's easy to bet on bouts where your knowledge and insight is lacking, which is why, more than ever, the well-informed, disciplined and savvy boxing punter will enjoy a significant advantage in markets that are still often dominated by hype and hyperbole above a rational assessment of boxing chance. 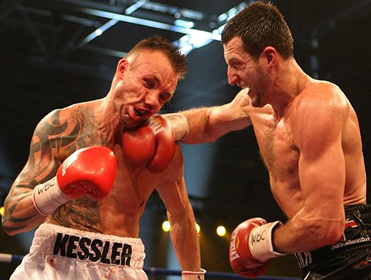 Golden Rules
Search for the value, not the winner
As with all betting, long-term boxing profitability can often mean eschewing short-term gains. Backing fighters at 1.12 will likely mean that you win a lot of bets, but over a period of months, if those 1.12-shots should have been longer prices, you will find that you have lost money. To avoid this scenario, it is best to ignore the odds on offer in the markets until you have decided in your own head what those odds should be. The best way to do this is to think about percentages: what chance does each potential outcome have of occurring?

As an example, when Amir Khan fought Carlos Molina in Los Angeles in an attempt to re-establish his floundering career, it might have been fair to say that Khan should had an 80% chance of winning that fight: he had a new coach that had expressly worked on his defensive skills and consistency, had fought better opponents, was more established at the weight class, and Molina, although unbeaten, had not shown himself particularly adept at stopping his rivals. Molina, in contrast, perhaps had a 15% chance of winning, whilst the draw had a 5% likelihood.

Converting these percentages into odds is straightforward. Dividing one by 0.80 (80%) gives you odds on Khan winning of 1.25, dividing one by 0.15 gives you odds on Molina winning of 6.70, and dividing one by 0.05 gives you odds on the draw of 20.0. Armed with the odds you think the various outcomes should be, it is now time to look at the markets. In our scenario, Khan was a much shorter price - around 1.11/10 - which meant that the value-savvy punter would have laid khan, backed Molina, or left the market alone. As it happened, Khan won the fight with a disciplined performance, but taking this approach is far more likely to bring long-term profits than simply always backing the fighter you think will win at the paltry odds available.

Don't overestimate recent form
Humans tend to overplay the significance of recent events. To borrow the example of economist Ha-Joon Chang, ask most people which invention is more significant, the washing machine or the internet, and the majority will plump for the latter (Betfair punters especially, no doubt), even though there is a strong argument to say that the availability of cheap household appliances in Western societies meant that women had the time to find paid employment: which has had a far more significant effect on society than our ability to place bets on our smart-phones.

Markets on boxing matches are no different when it comes to placing too much emphasis on recent form. When Manny Pacquiao fought Juan Manuel Márquez for the third time in November 2011, Pacquiao was the overwhelming favourite: available at around 1.14 to Márquez's 12.0. This was despite the fact that, in their previous two meetings, the pair had been hard to separate: drawing in their first bout and facing a split decision in their second.

Knowing what we know now - Pacquiao went on to win the fight, but only with the help of a controversial judging decision and, a year later, was knocked-out by Márquez in a sixth-round stoppage in a fourth bout - it's hard to understand why there was such a disparity in the odds. The likely explanation is that, after their second fight, Pacquiao went on to easily outclass his subsequent opponents, whereas Márquez battled through a number of closely-fought, drawn-out contests, including a loss to Floyd Mayweather. The market, naturally perhaps, considered this a sign of diverging fortunes: Pacquiao was clearly on the up; Márquez evidently on the down. In boxing, though, recent form is much less significant than other factors in determining the likely winner of a bout.

Don't be fooled by flamboyance
One of those factors is fighting style. Just as the market tends to accentuate recent form, it also gravitates towards flamboyant fighters. This is no surprise. The odds available in a boxing betting market are, in part, the outcome of a popularity contest: punters, influenced by their emotions, backing the fighter they want to win, as opposed to the fighter they might rationally expect to win. Crowd-pleasing boxers with arrogant, aggressive, devil-may-care styles are far more likely to be popular with fight fans (especially when matched against more tactical fighters), which is why the likes of Naseem Hamed, Amir Khan and, for different reasons, Ricky Hatton, have tended to be over-bet by UK punters.

When assessing any fight, then, it's crucial to take the emotion out of it. As much as fight fans of the 1920s might have wanted, and no doubt expected, Jack Dempsey to crush Gene Tunney, they failed to recognise that Tunney's stick-and-move approach, backed up by excellent counter-punching, was perfectly suited to the task of defeating Dempsey. And this narrative - of the less-popular, less-flamboyant, and supposedly less-interesting fighter beating the "rightful" champion - has played on a loop throughout boxing history.

That's why Amir Khan - with his new-found discipline and defensive capabilities - is a much more attractive betting proposition in top-flight contests than he once was. He might be able to beat non-entities by standing toe-to-toe with them, but if any of them can land a punch - as Breidis Prescott so evidently could - Khan is going to struggle.

Thinking carefully about these kind of stylistic nuances, and being wary of show-boaters, is a sure-fire way of ensuring a more well-informed and disciplined approach to your boxing betting, which will ultimately bring more profit. 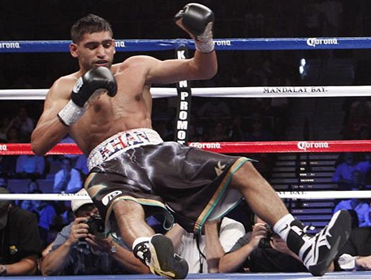 Beware the judges
For a sport that should be so brutally simple - two men stand in a square and try to knock each other down - boxing is all-too-often anything but a straightforward contest of pugilistic prowess. When placing any bet on a boxing match, you have to remember that around a third of professional fights are decided on points. Whilst it's true that the heavier weight divisions tend to deliver fewer points' decisions, it's also worth remembering that championship bouts deliver more than non-championship bouts, presumably because fighters are better matched at that level.

So, when placing a bet on the winner of a boxing match, remember that your success may be determined not by any definitive action from within the ring, but by three human beings sat at ringside, who do not have the advantage of the CompuBox-driven statistics delivered to your screens by boxing broadcasters which demonstrate which fighter is in the ascendancy. Instead, they have to make a subjective decision, in a short amount of time, under a lot of pressure.

This has led to some howling decisions. And just as Manny Pacquiao may have benefitted from judging irregularities in his first three fights with Juan Manuel Márquez, he was, conversely, robbed when losing on points to Timothy Bradley in June 2012.

Judging frailty is, in part, demonstrable. For example, in a 2005 study, Balmer et al showed that judges in European bouts are significantly more likely to award a fight to a home boxer. But boxing judges are frequently accused of a lot more than simply being overly influenced by the support of a partisan crowd: being biased towards the incumbent in championship matches; over-rewarding work-rate against punches landed; and ensuring that the fighter the promoters want to win (the one who is more profitable in terms of future pay-per-view television deals), duly does so.

Home advantage aside, little of this is provable, of course, but it should serve as a cautionary note before placing any boxing bet. Make sure you've considered the impact the judges may have on the outcome of the fight, and adjust your stakes accordingly. 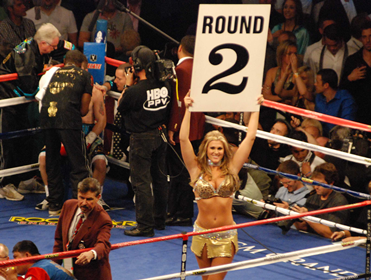 Ignore the noise that surrounds a fight
For some, boxing is popular as much for its pre-fight hype and histrionics as it is for what actually happens in the ring. This is understandable, but as a would-be profitable punter, it's important to separate the useful information from the noise.

Rumours of a fighter shirking in training are common, but prove to be untrue as often as not; pundits and commentators are keen to tell you that a fighter is too young, or too old, despite the fact that age is a poor indicator of boxing success, especially in recent decades; and the protagonists themselves will provide a wealth of trash-talking prediction, which will have no influence on the fight whatsoever. Just a small sample of what you will hear in the lead-up to any fight.

Stick to what you know for certain: the records and performances of the boxers concerned in their previous fights. Use this as your guide, ignore the hullabaloo, and you'll go a long way to ensuring long-term profitability.