Broadcaster and Betting.Betfair's American Football expert, Mike Carlson, gives his expertise in understanding NFL markets and everything you should know before making a bet...

"A clever way around the over/under is also to see if bets are offered on the first half, especially with high scoring teams that like to play from the front."

The important thing to remember in betting the NFL is that, to a certain extent, you are betting on the numbers as much as the team. Being guided by emotion, or even by on-field knowledge, has to be combined with an understanding of what the numbers are saying.

That's because the key mainstream NFL bets revolve around the spread or the margin of victory, as it's also known as. If you take a favourite giving three points, you win only if they win by more than three (if they win by three, no result). You may be a fine judge of which team is better, and more likely to win, but the real question is by how many points they will do it.

You may feel the Dolphins are a mortal lock a game against the Patriots in Foxborough, but if Miami is getting 13 points, you have to ask yourself if the Patriots are a full two touchdowns better. Understanding the spread is crucial, and there are a few key points of which you should be aware. First, home-field advantage ain't what it used to be. Since the merger with the AFL in 1970, home teams have won an average of 56% of the time, though the number varied between 51 and 63 year-by-year (it's never dropped to evens). Last year, it took a late rally by home teams to end the year with 51.7% of the wins.

There are various theories: official replay negates the effect of the crowd on officials; salary caps mean good teams find it harder to be consistently good, and often need the first six weeks of the season simply to get their new cast to gel.

Weather gets worse in some cities as the season progresses: the biggest home advantage over the past twenty years belongs to New England, followed by Baltimore, Green Bay, Pittsburgh and New Orleans. All but the Saints in the north, and the Saints have one of the league's loudest home environments. So home field used to be worth an automatic three points (meaning a home team favoured by three was basically considered equal to the visitor, not better). It's likely worth less nowadays, so pay attention to the circumstances.

Don't be fooled by the size of the spread. I had a friend last year who wasn't going to bet an underdog, but did when the spread moved from 7.5 to 9. I warned him to consider the difference.

The most common margin of victory in the NFL is three points, in about 16% of games. Something like 45% are decided by seven or fewer. The median margin is 9, so my friend should have been alright, but consider: how do you score nine? A touchdown is 7, a field goal 3. A TD and a very rare safety? In other words, nine may be the median, but it is relatively meaningless as the actual margin, which is much more likely to be seven or ten.

You can bet games straight up win or lose, but the odds will not be generous, which is why people usually combine a number of straight-up picks into one bet. Usually you can also select different spreads, usually at less favourable odds, unless they're considered extremely unlikely.

The other most popular bet is the over/under, betting on whether the combined points for both teams will be over or under a certain total. This is one where you can factor in bigger-picture analysis. Here you need to understand the nature of each team's game: their proclivity for scoring points for a lead, and ability to protect it. And you need to understand circumstance.

A good defensive team like Buffalo last year, playing in cold, windy, snowy conditions against almost any offense, is going to produce a low scoring game. Against a team like the Patriots last year, even better defensively, and worse than people though offensively, going under was a lock.

Current status of Arrowhead...looks like we got ourselves a snow bowl pic.twitter.com/DrYTB6nfsu

A clever way around the over/under is also to see if bets are offered on the first half, especially with high scoring teams that like to play from the front.

My favourite bets involve individual performances: yards accumulated by runners, passers or receivers, touchdown scorers, leading tacklers, things like that. Guessing a first scorer is as difficult as it is in most sports, but there are players every season who rise above the 50% marker, that is, more than eight TDs in a season. These bets tend to be offered in greater numbers in the playoffs, when there are fewer games.

Oh, and when the NFL goes to its new playoff system, they may do away with the biggest home-field advantage you could find: the divisional championship round, where the top two seeds played at home against the wild-card game winners. Here the 'better' team, based on season's finish, gets home field advantage, plus an extra week to rest, get healthy and prepare. Those games produced about two-thirds home winners, but they will disappear in the new format this season. Two basic principles guide my NFL betting approach. Firstly, what are the best reasons not to take one side of a bet over the other in a given game? And two, what's the best story I can tell to justify taking a side?

The most straight-forward way of answering both these questions for an NFL Sunday is to have your own sense of what handicaps should be and to compare those against the market.

Bettors will have their own way of factoring in different metrics in compiling their power rankings for this purpose, but one of the most common starting points is net yards per play differential.

Doing this for all 32 teams will give you a rudimentary power ranking of each team that will also allow you to put a figure on the gap in quality between any two teams and generate your own handicap. 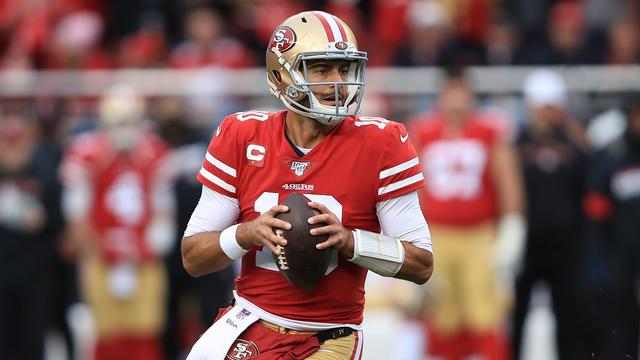 For instance, last season's NFC champions San Francisco 49ers had an offensive YPP figure of 6.0, and a defensive number of 4.7, giving them a net rating of +1.3. Their division rivals the Arizona Cardinals were rated 5.5 offensively and 6.0 defensively, meaning they'd net negative rating of -0.5.

If the two of these teams were to play on a neutral field the Niners would be expected to gain 1.8 more yards per play throughout the game. For betting purposes, punters often ascribe a 1-point value to every 0.15 difference between two teams, meaning the handicap for a game between these two teams should be 12 points based on these basic assumptions.

That means, if San Fran is favoured by more than 12 points by a bookie, the value side is the Cards, and if they're favoured by less than a dozen, the Niners are the value.

The advantage of calculating your own handicap is that it gives you a dispassionate assessment of the relative strength of teams, so that you can then compare your number to the those released by bookies or set by punters on the Exchange. If a team has a huge win one week, you won't get carried away by it, or if they suffer a shock reverse, you won't lose perspective and necessarily go against them.

Of course, this is only a starting point. You shouldn't bet blindly based on YPP numbers. If the market line is way off your line, you should ask why that is? What's the story other bettors are telling themselves to move a market in one team's favour or another?

You can use other metrics and information to adjust your power rankings and the handicaps it generates.

For instance, homefield advantage is often ascribed a 3-point rating, notwithstanding the decline in its importance Mike referenced above.

Similarly, it is always worth trying to factor in things like expected weather - cold, wintry conditions favour defences - extended travel (i.e., multiple weeks in a row playing away from home add up in terms of fatigue, rest, preparation, etc) and rest time between games.

In recent years, the NFL has gone to a schedule where there is a game every Thursday for the first 16 weeks of the season. This means teams are often playing on shortened prep time or have 10 days between games, like a mini bye-week. That should be considered when considering a spread.

Also, it's often worth fading teams who are coming off big "emotional" wins, such as comeback wins over divisional rivals and prime time games (ie, Sunday night and Monday night games). The odds are they won't be as up for their next game, but the market may overvalue them based on seeing them play impressively in big TV games. 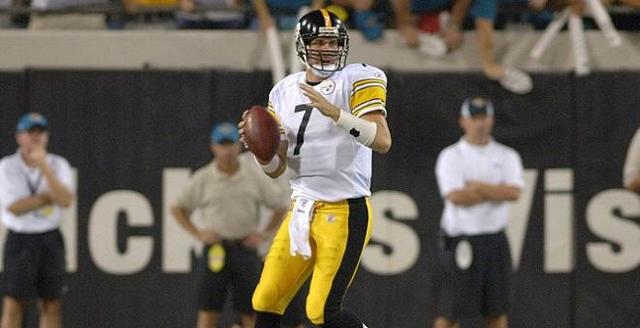 It's also worth mentioning injuries. Though stars get a lot of attention, it's often tempting to overvalue the impact of particlar injuries. Sure, we know that the drop from, say Russell Wilson to Seattle's back-up QB will be huge - it could be as much as ten-points on a handicap, maybe even two-TDs - but losing DK Metcalf or Chris Carson isn't quite the same in Seattle. Someone else will step in.

What is worth looking at is the length of a team's injury report. Losing a non-QB player can slow down a team for sure, but they'll usually be able to adjust. Losing three guys along your offensive line in one week, plus your running back and both safeties for a game will have an affect though, and you should try to factor that into reading a game.

Ascribing a value to different, contextual factors such as these will help you draw up sharper lines and avoid the pitfalls that more casual punters fall into based on looking at who "the good teams" are and simply picking them to cover.