From a five-day Test match to 20-overs under the floodlights, cricket is a highly nuanced game with many subtelties to each different code. Paul Krishnamurty runs you through the best ways to turn a profit from each different format of the game...

Formats and tournaments
If pressed to name the sport that offers the best trading opportunities, it would be hard to make a stronger case than for cricket. There is a televised match virtually every day, sometimes two or three, and liquidity across a wide variety of markets. Furthermore, this sport involves so many nuances, all of which have profound implications for the outcome of each match and innings. By developing a detailed understanding of those nuances, the well-researched, disciplined trader will soon enjoy a significant advantage compared to most punters.

There are five main formats:
1) Five-day Test Matches involving international sides. These are usually played over a series lasting up to five matches.
2) Four-day matches between English counties. In these cases, broadly the same betting principles apply as for Tests.
3) Fifty-over per side matches, which usually involve international sides. Again these are usually part of a series, or a multi-team tournament such as the World Cup or ICC Trophy.
4) Forty-over per side matches between English counties in the CB40 Trophy. The strategic criteria for trading these is basically the same as for 50 over matches.
5) Twenty-over per side matches. This is a global phenomenon, with four main club tournaments and an international scene. The biggest club tournament is the Indian Premier League, played over six weeks in April. In England there is the Twenty20 Cup. Australia hosts the Big Bash and finally the Caribbean T20. Finally for clubs, there is the Champions League Twenty20, which this year will be in South Africa during October. International sides will compete for the World Cup this September in Sri Lanka. 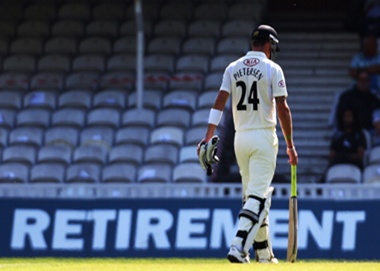 General Rules
Know the players, their skills-set, preferred formats and conditions
While many players perform across all formats - e.g. Stuart Broad, Chris Gayle, Jacques Kallis - most tend to reserve their best cricket for ideal conditions and format. It is perfectly possible to be the world's best in one format while a non-entity in others.

For example, West Indian all-rounder Kieran Pollard is one of the most valuable T20 players, a regular star at international tournaments and pretty good over 50 overs too. Yet in Tests, Pollard is an abject failure. Alternatively, Australian captain Michael Clarke is one of the best Test and 50 over batsmen in the world, yet ineffectual at T20.

Only the very best can perform well in all conditions. For example, most batsmen from the Indian sub-continent have failed to make the same impact when touring England, Australia and South Africa. The reason is that they learn the game and play mostly on Indian pitches, which tend to be slow, with much lower bounce than encountered in those other countries. Equally for the same reason, English players have rarely produced their very best on sub-continent pitches.

Learn to read how a pitch will play and whether it will deteriorate.
As illustrated above, pitch conditions are pivotal and reading them is one of the keys to successful betting. Arguably, the pace of the pitch, how much help it offers to bowlers and how quickly it deteriorates will have as great an impact on the outcome of a match or an innings total as the players themselves.

Ideally, one should always have an opinion on whether the pitch will favour batsmen or bowlers and which type; how it will be playing later in the day or in Test matches, tomorrow; what the run-rate will be in both the short-term and over the course of the innings and match.

This subject is a constant matter of discussion among commentators, whose expertise in this regard is invaluable while you learn the art, and a useful extra opinion once it has been mastered.

Understand the impact of the weather
Likewise the overhead conditions not only determine whether there is to be play or not, but the nature of the match. If there's plenty of cloud cover, swing bowlers will enjoy a marked advantage and batting totals are likely to be substantially lower than average. If the sun is out, those faster bowlers will receive much less assistance, transferring the advantage to the batsman. However constant sunshine will bake and break up the pitch, favouring spinners later in the game.

An extreme example is Headingley, a ground famous for favouring swing bowling, but that has also seen many scores over 500 in good weather. During the 2009 Ashes series, Australia bowled England out in bowler-friendly overcast conditions on the first day for just 102, before making 445 on the same pitch once the sun came out. This despite England being clearly the better side over the course of the series.

When bad weather causes the number of overs to be reduced in one-day matches, a complex formula known as the Duckworth Lewis method is used to reset batting totals. This can have a huge impact on the match winner market and requires monitoring.

Expect dramatic turnarounds and don't be deterred from taking huge prices
In-running drama is almost a given in this sport, with upsets at huge odds being a regular occurence. In Tests, the draw often trades extremely short before the pitch suddenly deteriorates and teams often fail to chase down supposedly easy targets in all formats.

Equally, the runs total markets regularly see massive upsets. A fairly frequent scenario involves a team losing its last five wickets for less than 50 runs. Alternatively, teams quite regularly hit 70+ runs off the last five overs in T20. In both scenarios, some very short-priced bets will have lost.

Study stats and past results at each ground
Before trading any match, check out past results at the ground in question, using a tool like Stats Guru on www.cricinfo.com. Past trends at virtually every ground will offer useful clues, with regards the match winner, pitch characteristics, innings totals and run-rate. See below for examples.

Tips and Trading Strategies for Test Matches
The formbook stands up, with home advantage particularly significant
Whereas limited overs matches tend to be closely matched, there are many one-sided Test matches. Often analysis of the teams, weather and ground stats will point in one clear direction. When it does, don't be afraid to take short odds as there are many rock-solid favourites in Test cricket
For the reasons mentioned above, home conditions offer a significant advantage. Consider the results of India, the 50-over world champions and usually a strong challenger for the top Test ranking. Since the beginning of 2009, they've won 10 out of 15 home Tests, losing only once. Away from home, they've only won four from 20 and lost their last eight to England and Australia. Yet in those two away series, because India are roughly of the same standard in general terms, neither home side was prohibitively priced before landing comprehensive victories.

Even when the odd upset does occur, the clues are often there. Take South Africa, a top team with a daunting long-term home record at most, if not all, venues. At a time when they were constantly challenging for world number one status, the Proteas lost all four Tests played in Durban between 2009 and 2011. Despite the bad omens, the outsiders started the last two matches as big outsiders, on the basis of wider form at different grounds.

Lay the draw on pitches likely to deteriorate
While being careful not to get caught out by the weather, trading the draw price in-running offers a chance to utilise all that stats and pitch analysis.

Most pitches deteriorate sharply as the pitch gets older, making life tough for batsmen as bounce becomes uneven and cracks aid the spinners. It is perfectly normal for a pitch to yield 400+ runs in the first innings but less than 150 in the fourth. Over the first three days when the pitch is favouring batsmen, the draw price invariably collapses, based on a false assumption that conditions won't change. When they do, wickets tend to tumble in quick batches, dramatically transforming the match and markets. Matches often produce results despite the draw trading heavily odds-on.

This isn't, however, a plan to follow blindly. Always maintain a good idea of how many overs remain in the match and whether there will be time for the changes to take effect. Study past innings totals at the ground to identify the scoring trends.

Back 'Under' in runs market once partnerships hit milestones
Just as the draw price can over-react to good batting, so too can innings runs markets. If two batsmen establish a decent partnership, their team's run line will rise with more or less each run. Partnerships can't last forever though and were to some extent already priced in at the initial quote. When a wicket falls, more often follow as new batsmen struggle to settle. The potential for a batting collapse and dramatic betting turnaround is always live and many odds-on bets are turned over this way. As a rule, it might pay to blindly back unders every time a partnership hits a milestone like 100 or 150.

Tips and Trading Strategies for 40 and 50 Over Matches
Wait until the first innings is complete before taking a strong view on the match winner
Although 50 over matches are famous for nailbiting close finishes and volatile betting, there are many one-sided matches. Sometimes a particularly advantageous toss stacks the odds in one direction. Sometimes the team batting first is bowled out and fails to set a meaningful target.

Until a substantial part of the first innings has been completed and the pitch been assessed, there is great uncertainty about what represents a good total. It makes good sense, therefore, to spend the first part of the match focused on the innings runs markets, fine-tuning that pitch analysis and forming strong opinions for the second innings run chase. 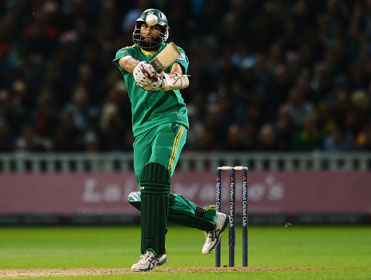 During the last World Cup, run lines repeatedly rose in the first 15 overs as batsmen flourished, only for teams to fall short as the pitch became less conducive to scoring.

Some grounds have small boundaries, offering the potential for very fast scoring during power plays and the end of the innings, but are hard to accumulate runs on during the middle of innings. A recent example came at St Kitts, during the West Indies v New Zealand series. Scoring was moderate in the three first innings played there, averaging around five runs per over. Yet despite limited tail-enders batting during the last five overs, the average rose to nine per over as the short boundaries were regularly cleared.

Tips and Trading Strategies for T20 Matches
Back extremes, especially on run lines
Most of the above analysis applies in equal measure for this shorter format. Again, meticulous study of past ground stats is essential.

One distinction with the 50 over format is teams' batting strategy. Over the longer format, teams tend to share similar tactics - attack during power plays and at the death, while accumulating singles during the middle overs. In an ideal T20 plan, the team hits regular boundaries from start to finish.

If it comes off, extremely high scores are possible, which will always be available at big prices. If it doesn't, wickets can tumble fast and a team fall well short of setting a challenging total. Consequently, backing very high or very low totals at big prices often pays.

Pre-innings run lines in IPL tend to average around 160. Of 73 completed first innings during the IPL, seven saw the team fail to score 120, while 19 scored over 180. The big innings tended to come on predictably conducive grounds - in this case Bangalore, Delhi and Jaipur. Any study of past results there would have indicated these were 'overs' rather than 'unders' grounds.