Simon Rowlands: How to use sectional times for profitable betting 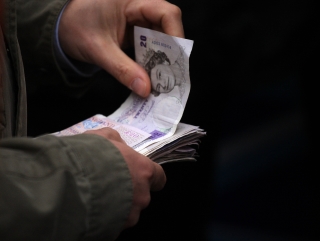 "A central tenet is that basic physics (and bioenergetics and so on) tells us that a horse which spends its energy in a non-optimal way will compromise the overall speed at which it gets from A to B."

Timeform's Head of Research and Development Simon Rowlands provides a primer for sectional-timing enthusiasts before moving on to consideration of the consequences of the Grand National...

This week sees the return of quality Flat racing in the UK, with trials for the 1000 and 2000 Guineas at Newmarket on Wednesday (Nell Gwyn Stakes) and Thursday (Craven Stakes) and at Newbury on Saturday (Greenham Stakes and DDF Fred Darling Stakes).

Although none of the trials will be measured with electronic sectionals, the Newmarket races will take place on the same Rowley Mile course which will see the return of such timing for the QIPCO Guineas Festival in May.

It may be possible to take sectionals by hand to an acceptable degree of accuracy there this week - it largely depends on camerawork - so this seems a good opportunity to run through a few of the principles relating to sectionals and how they can be used to a punter's benefit.

A central tenet is that basic physics (and bioenergetics and so on) tells us that a horse which spends its energy in a non-optimal way will compromise the overall speed at which it gets from A to B.

If the horse goes too fast, it will pay by slowing more later on than it gained by running quickly early; if it goes too slow, it will speed up later but not to a degree which would make up all of the lost ground.

That is not to say, of course, that a horse going quicker or slower than ideal will automatically lose. That depends on many factors, not least the other horses in the race. Those other horses may be running their races even less suitably.

But what we can be sure of is that a horse running its race in a significantly non-optimal way will record a time slower than it otherwise would (disregarding personalised factors like an aversion to being in front).

The crux of the issue, therefore, is "what is an optimal way of running a given race?" and "what adjustments should we make to the times and speeds of horses which have run in non-optimal ways?"

An evidence-based way to establish the former is to identify how horses run fast times. "Fast times" can be defined as times which closely reflect the horses' abilities.

I take all performances at a track in which a horse has run a time no more than 5 lb below its apparent ability. And I consider handicaps only, as horses are quite capable of running misleadingly "good" times in "bad" sectional ways simply through outclassing their rivals in other types of races.

Consideration needs to be given to how different circumstances can affect optimum figures. In particular, different speeds of surfaces can influence optimum sectionals.

For instance, fibresand and slower turf surfaces typically see horses "plodding" more at the end of a race (relative to their average race speed) than polytrack and faster turf surfaces.

Adjustment of individual times stems from the difference between the optimum speed and the actual speed. Squaring this difference not only gets rid of negative values but ensures that adjustments grow exponentially.

That is not only "how it should be" (as I understand it), it means that small differences in individual horses' sectional requirements are unlikely to translate into misleadingly big differences in assessments.

Sectional information can be expressed in a multitude of ways. I favour converting times to finishing speeds expressed as a % of average race speed thus:

Our knowledge of sectionals at the track for the years in which TurfTrax provided a service there implies an optimum final-2f finishing speed % of 98.3 of overall race speed.
Hawk Wing was finishing fast in real terms - it was not just the others slowing - and his overall time deserved to be marked up.

The degree to which it should have been marked up is difficult to ascertain, but the evidence is that, if choosing appropriate sectionals (final 2f for races up to a mile, final 3f for races beyond a mile), the adjustment approximates to:

The clued-up punter may not only assess results more accurately as a result, they can, in theory at least, react to events in-running as they happen with greater confidence than before.

That knowledge, combined with information about the horse's position compared to others in the field and consideration of the in-play odds on offer, has great potential value.

If you have any questions or observations, please feel free to post below.

.....
A quick note on the Grand National, which was shrouded in controversy again after another two equine deaths at the weekend.

It strikes me that much of what I wrote 12 months ago - click HERE to read- remains pertinent, and I find that very fact depressing.

Many within racing still fail to see that a desire to ameliorate conditions in a race in which non-completion and fatality rates are many times the norm need not be inconsistent with wider backing for the sport.

They also fail to comprehend the effects of dishonestly stating before a race that "every effort has been made to ensure safety" and then after it that they will "look into other ways of making the race safer".

The BHA s eventual response to last year's Grand National was inadequate, in my view, and amounted to little more than window-dressing.

They would have been better off conceding more ground, notably on field size: an issue which belatedly seems remarkably popular.

More decisive and honest action might, or might not, have prevented one or both of the deaths at the weekend - we simply cannot know - but it would certainly have made it look as if racing's authorities were genuine in their stated desire to improve matters.