Simon Rowlands on Race Standardisation: A tried and trusted way to read form 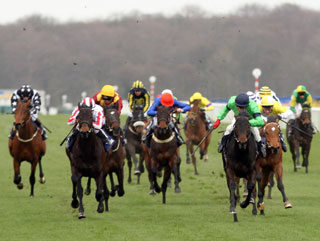 "Race standardisation continues to go strongly all these decades on is because its core principles have been tested time and again and found to be an accurate measurement of past events and a reasonable indicator of future ones."

If you believe much of what you read and some of what you hear, handicapping is primarily a matter of guessing which horse in a race "ran to form" and basing an entire assessment on that premise.

Not only is such yardstick handicapping fundamentally flawed, due to what scientists call "extrapolation error", but it does not answer the question of what should be done when little or nothing is known about the form of the protagonists. You cannot pick a yardstick - even an imaginary one - when no yardstick exists.

Time analysis and some form of breeding analysis can both help to solve the problem, but a far more powerful and more widely applicable tool is race standardisation.

Race standardisation is as old as the Hills (think Barry, rather than Richard and Michael), and yet it seldom gets a mention in post-race analysis in the media. The reason it continues to go strongly all these decades on is because its core principles have been tested time and again and found to be an accurate measurement of past events and a reasonable indicator of future ones.

It can be shown that certain races and race types repeat the same sort of level of form, year in, year out, once adjustments have been made for field sizes, margins between horses, race times and so on. It is also fairly easy to discover which races do not conform to this principle as closely as is the norm and which therefore require a different approach.

When dealing with two-year-old racing, some form of standardisation is almost unavoidable. For instance, when assessing the Brocklesby Stakes, for unraced juveniles, it is highly desirable to have at least some idea of the ability the winner would usually be showing in winning.

It is best to look at past races individually, so that the degree of variation becomes apparent, rather than simply to take averages or pars. However, in the absence of race-specific standards it makes sense to fall back on general standards, modelled from wider information (e.g. from the level of form usually achieved in maidens at a given course at a given time of year).

You then apply the figures to the race under consideration - the one just run - and weight the outcomes appropriately. What "appropriately" amounts to, is a matter of debate and may alter according to circumstances. My apologies for going all Da Vinci Code on you for a while here!

Here is an example of how standardisation works in practice. For the purposes of this illustration, I have used Zipf's Law for weighting and the evidence from only three years (it has also been assumed for convenience that no adjustments need to be made for field sizes etc).

What the number-crunching tells you is that a result like this, in a race like this, would throw up a winner's rating of between 101.7 and 96.8 (average of 99 to the nearest integer) based on the previous three years.

In the absence of other significant information - such as a notably good or poor time, or prior form of the protagonists - this is a good starting point for assessing the race.

The validity of this assessment is then tested against subsequent events and revised where necessary. This is a crucial part of the process in order that standardisation does not become self-perpetuating and divorced from reality. The evidence over many years is that standardisation has remarkable utility if proper care is taken.

Next week I will describe how standardised assessments can be made in handicaps. That is, in races in which we know much more about the horses involved.