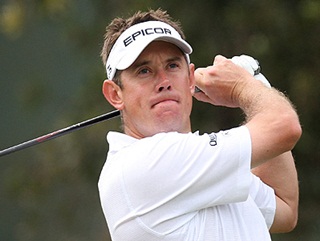 "In his last five tournaments on the European Tour Lee Westwood has recorded a win, a play-off defeat to Luke Donald at the prestigious BMW PGA Championship, and a third place finish at the US Open; fine form indeed."

Some big outsiders have won this famous championship in the past but Mike Norman believes there's plenty of clues to suggest an in-form fancied star will break his Major duck this week.

Throughout this season Mike will give one selection in each of the Winner, Top Five Finish and Top Ten Finish markets every week a European Tour event is being played.

It's impossible to argue with those that say it has been an incredible 15 months for the European Tour. As well as Europe winning last year's Ryder Cup, the last five Major championship winners were all European Tour members at the time of their success, and the latest Official World Golf Rankings currently has four Europeans occupying the top four positions.

Tiger Woods is nowhere to be seen, Phil Mickelson is becoming a club-pro hacker, and Rickie Fowler - America's brightest star we keep getting told - is yet to win a single tournament!

The plight of the three named Americans is of course said tongue in cheek, but it still doesn't do anything to suggest that we'll see anything but another European Tour member triumph at this week's Open Championship. As Paul Krishnamurty has perfectly detailed here, few Americans can boast strong claims this week, links golf and wind specialists should go well at Royal St George's, and despite some big outsiders winning the Open in recent years, this championship is not averse to throwing up a very high-ranking in-form player.

Runaway US Open winner Rory McIlroy - available to back at [9.0] - fit's the bill then, as does the ultra-consistent Luke Donald ([14.0]). But if Paul's assessment is correct then I believe a popular Englishman will finally get his hands on the famous Claret Jug come Sunday afternoon.

Step forward Lee Westwood then, the world number two, a links golf specialist, and a player who has been in terrific form of late.

I doubt there's a golf fan on the planet who would begrudge Westwood a Major. The Worksop Wonder has recorded a staggering six top-three finishes at Major championships in the last three years alone, including a third and a second in the last two renewals of this great event. In his last five tournaments on the European Tour he has recorded a win, a play-off defeat to Luke Donald at the prestigious BMW PGA Championship, and a third place finish at the US Open; fine form indeed.

Westwood is also a previous winner of the Alfred Dunhill Links Championship and has recorded many high finishes on links courses to warrant the 'links golf specialist' tag. I have a strong hunch that Westwood is going to do great this week, so at [13.0] to back I'm tripling my normal stake.

Another fine player on links courses is the immensely loveable Sergio Garcia. The Spaniard has been in the doldrums in recent years, so much so in fact that he took a two month break from the game towards the end of 2010. But he's back now, and he's back with a smile on his face. More importantly he has shown in recent months that his game - at times - is as good as it has ever been.

Garcia has a fine record at this Major, recording six top-10 finishes from his last 10 appearances including a second place finish (beaten in a play-off by Padraig Harrington) at the 2007 Open at Carnoustie, arguably the toughest links course in the world. And he has form at this venue too; going into the final round in a tie for third at the 2003 Open before eventually finishing tenth. He can be backed at [36.0] to win this week and at [8.8] for a Top Five Finish. If his putter doesn't misbehave too often, he should be right up there.

I just love young Matteo Manassero's attitude and maturity, and if he doesn't win a Major in the next 10 years then I know nothing (some will argue that's already the case). This teenage Italian starlet has already made giant strides in the game, winning two events on the European Tour within 12 months of turning professional, and his form in recent months has been more than good enough to suggest he'll go well this week. Obviously for one so young he won't have played many links courses, but he definitely has all the shots in the bag to do well and I'm backing him at [80.0] to win and at [7.4] to record a Top Ten Finish.