The Championship Betting: Blades can blunt Keane's hopes of a first win 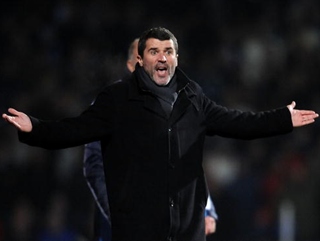 Who would have thought the Tractor Boys would have made such a dismal start under Roy Keane, and anyone who saw them capitulate 4-0 at home to Newcastle on Saturday would have all the evidence they need as to why.

With nothing surprising about how the top of the Championship table looks, Andrew French believes that Roy Keane's Ipswich are the real shock factor in the division... and that things aren't about to get any better.

There's often a surprise package at the head of the table in early weeks of the season, but with the relegated trio sharing top spot amongst themselves so far, it appears the shock factor belongs exclusively to Ipswich in the Championship basement. Who would have thought the Tractor Boys would have made such a dismal start under Roy Keane, and anyone who saw them capitulate 4-0 at home to Newcastle on Saturday would have all the evidence they need as to why.

It's going to take a seismic shift in performance for Town to turn things around, and I just cannot see that starting at Sheffield United. The Blades will be in the thick of the promotion race, even if two defeats in their last three outings is not high-flying form. Back United at [1.71] to add to Ipswich's woes.

Arguably the best performance of the weekend was Preston's 2-1 win that ended Leicester's year-long unbeaten home record. Alan Irvine's side, like Sheffield United, look capable of mixing it with the likes of Newcastle and West Brom in the battle for promotion, and so to be able to back them at [2.02] to win at home against Reading seems too good to turn down. They have won seven of their last nine at Deepdale in all competitions, including their last four league games in a row. Visitors Reading are faring only slightly better than Ipswich under new boss Brendan Rodgers, and one win from nine leaves them a huge 11 points behind Preston already.

Crystal Palace's response to being drubbed 4-0 at home by Scunthorpe a couple of weeks ago has been back-to-back 1-0 wins, the second a hugely impressive victory at West Brom on Saturday. Neil Warnock doesn't tend to have too many poor sets of results before he shakes things up, and I think he is clearly starting to get a tune out of Palace.

Visitors Sheffield Wednesday have only won once on the road so far, and that was at bottom side Plymouth - and they were not good travellers last term either, conceding more away goals than any other Championship side. At [2.32], I'm happy to back Palace to continue their upturn in form.

New Barnsley manager Mark Robins was probably not fooled into thinking that two wins and a draw signalled a total transformation for the struggling Tykes - but if he was breathing a little easier, then Saturday's 5-2 whipping at QPR would have stopped him in his tracks. With only one point from four home games, Robins clearly needs to start getting a far greater return from games at Oakwell.

However, a visit from West Brom is far from an open goal in that respect, especially as the Baggies will be wounded having lost at home on Saturday. However, I can see Albion being frustrated and therefore would suggest laying them in this one at [1.88].