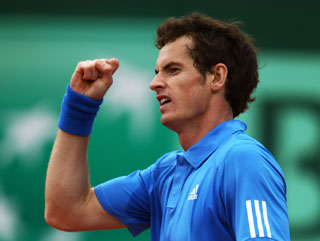 Andy Murray again put his fans through the mill with a come-from-behind fifth set win at the French Open today.

The British star traded at a high of [12.5] In-Play on Betfair during the dramatic deciding set against Viktor Troicki after going a break down. Troicki traded at a low of [1.07].

And when it looked like it was in the bag at 6-5 40-0 on his own serve, Murray contrived to lose three straight points to give his dogged opponent a chance.

But the next two points were won and Murray advances to the quarter-finals where he will play Juan Ignacio Chela.