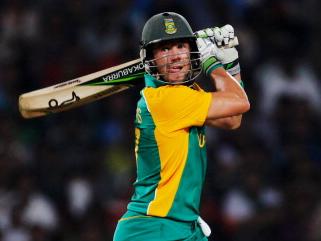 "Of the last eight games on this ground, seven have been won by the side batting first"

After an exhausting 73 matches the showpiece of IPL4 takes place today. It should be a thriller as the Challengers take on the Super Kings at the Chidambaram stadium. Ed Hawkins has the stats and trends

Bangalore
In the eliminator versus Mumbai, not for the first time Chris Gayle was the star. His hitting form is quite incredible and there have been few performances down the years - in whatever form of the game - which have been so consistently pivotal. He now has 608 runs at 74 and with a strike rate of 184. He is [2.84] to top score. After beating Mumbai to book their final spot, the Challengers look certain to remain unchaged.

Chennai
Chennai's main men with the bat who must match Gayle are Mike Hussey and Suresh Raina. They have scored 429 and 430 runs respectively. They might have the edge with the ball, though. Ravi Ashwin (17 wickets), Doug Bollinger (16) and Albie Morkel (15) is where their strength really lies.

Match odds
The match odds market is struggling to split these two sides: Chennai are [1.91] with Bangalore [2.06]. That leaves us with a conundrum because there are two trends we must be highly respectful of.

The first is that Chennai are unbeatable at home. No-one gets close to them at the MA Chidambaram stadium. When the sides last met there Chennai strolled to a 21-run win with Hussey and AB De Villiers top scoring respectively. Chennai also won the qualifying final meeting by six wickets.

What stops us piling into Chennai is a toss bias which cannot be ignored. Of the last eight games, seven have been won by the side batting first. And you know what we're going to say: what if Gayle gets going first up?

Gayle has batted twice against Chennai in IPL4, falling to Ashwin leg before for just eight. In the group stages he smashed an unbeaten 75 as CSK went down by eight wickets. CSK are certain to try to stifle him with spin once more.

Innings runs
The first innings average in those eight matches is 163 so we should expect 160 or more to be breached at around [1.80].

Best bet: back side batting first