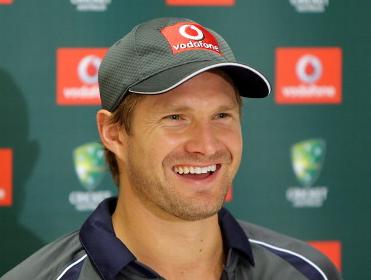 Shane Watson has struggled to fire

"Shane Warne will play his last game of professional cricket and it is fitting that he should pit his wits against Tendulkar, a fellow great, for the final time"

The Indians still have some play-off anxiety but they should be too strong for the Royals in Mumbai on Friday, says Ed Hawkins

Mumbai
Mumbai have lost their last two matches and Sachin Tendulkar's team will be looking to improve their form ahead of the finals. Last time out against Deccan Dhawal Kulkarni took three wickets and Tendulkar top scored with 37.

Rajasthan
The Royals have been hampered by the loss of form to Shane Watson and Ross Taylor, their gun batsmen. Watson has managed 241 runs and Taylor 181. Certainly Watson would have been expected to breach the 300 mark with Taylor around 250. Rahul Dravid is their top runscorer with 300 runs. Shane Warne will play his last game of professional cricket and it is fitting that he should pit his wits against Tendulkar, a fellow great, for the final time.

Match odds
With Rajasthan out of the finals picture, they have nothing to play for. The Indians, of course, are not yet guaranteed to progress but they should be capable of reversing a losing trend against a team which is dispirited following four straight defeats. The odds are, unsurprisingly, in favour of a Mumbai victory at [1.37]. Rajasthan are [3.4].

Top Rajasthan batsman
Johan Botha top scored when these sides last met with 45. It was a game notable for being utterly bizarre. The Royals won by seven wickets after restricting Mumbai to 94-8 in Jaipur on a wicket which proved to the catalyst for Warne's row with the Rajasthan Cricket Association.