Specials > I'm a Celebrity > IACGMOOH Final Betting: Awesome Dougie to do a Fischer?

IACGMOOH Final Betting: Awesome Dougie to do a Fischer? 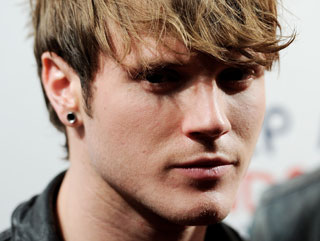 Can Dougie do it?

"It's taken me a while to warm to the McFly man, but I've got him now. I love his phrases, even his heavily tattoed arm. He has admitted to have some tough times in the past, but the last week or so he's really opened up. He is, as he would say, 'an awesome dude'."

Is an upset win on the cards in I'm A Celebrity? Alan Dudman wades into the betting battle one last time and Dougie Poynter is his weapon of choice

Friday night's TV was essential viewing. Not only did I watch (for the first time) Desperate Scousewives, but also a brilliant BBC Four documentary on the chess genius Bobby Fischer, both squeezed in before Friday night's double elimination of Antony Cotton and Fatima Whitbread, the duo who will be forever known as hating the pants off each other.

The Coronation Street actor was matched as low as [3.30], whilst Fatima, an early tip in the winner market, gave us a good run for the money at [16.5]. She eventually got down to around [3.75] and now just two remain for Saturday night's final, as Mark Wright goes head-to-head with Dougie Poynter for the jungle crown.

It's worth a mention of yesterday's bushtucker trial, as it was the classic 'Celebrity Cyclone'. Of all the tasks this is one I would love to have a crack at. I'd run a mile from a rat, and would vomit at the thought of a pig anus, but give me a slippery slope bombarded with a load of rubber balls and gunk any day of the week.

The four celebs loved it, and they gained all four stars. Fatima was humming the Rocky theme tune pre-task, so she was meaning business. And it was the javelin thrower who brought home the bacon (literally), as she climbed the final step, again to the Rocky theme tune - what a sight.

Antony performed like a demon, then subsequently got voted off first. The head chef sipped champagne with Ant and Dec afterwards and came up with another line: "It's time to make mama pretty". The remaining three got letters from loved ones, a clip in which Dougie received some touching words from his girlfriend. He cried, could it be the clincher?

Mark cried too, as did Fatima.

She then got her marching orders, but her spat with the boys over who had the best body was a classic. As she said "It's me, on a woman to man basis." No one argued.

On to our final, and Mark is now [1.38], and there's not a lot we can do with that. He's played a superb game, always the first on camera to congratulate or console, first in the line for chats and motivation. He is desperate to win and as he admitted himself;
"victory could mean a new career." As I flagged him up as an ante-post lay, I still want to take him on, with the reason being the Dougster.

It's taken me a while to warm to the McFly man, but I've got him now. I love his phrases, even his heavily tattoed arm. He has admitted to have some tough times in the past, but the last week or so he's really opened up. He is, as he would say, "an awesome dude."

Poynter is now [3.7] to win, so the green book is complete. But what's the bet for the final?

Well, I have drawn inspiration from Bobby Fischer. The American defeated Boris Spassky in 1972 to capture the World Chess Championship, with Fischer making an extraordinary first move in game six to throw the Russian's plans into disarray. Fischer was a maverick who went wide with a pawn (something that is not de rigueur in the chess world). However, the bold and dangerous policy worked, as Spassky had no idea how to reply to such a method.

Fischer won the match, and the title. My bold ploy is to take on Mark one final time, now that Doug is in remaining two. Check mate.