Weekend Review: Ellison at the double on Betfair Day at Haydock 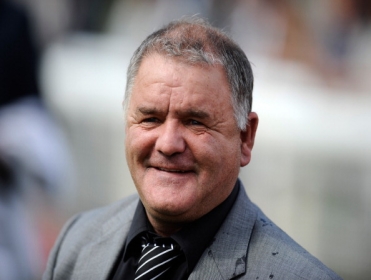 "The Betfair Hurdle Series Final went the way of the Brian Ellison-trained Hada Men, who has done extremely well since joining his current yard..."

Timeform look back at a weekend featuring National Hunt racing from Haydock and Fairyhouse, alongside Flat action at Kempton, Musselburgh and in the US...

The Betfair Hurdle Series Final went the way of the Brian Ellison-trained Hada Men, who has done extremely well since joining his current yard and who now has a brace of wins over hurdles to add to his three recent wins on the Flat. In beating Cloudy Bob by a length and a half the seven-year-old defied a 15 lb higher mark than when winning at Carlisle on his penultimate start and he may prove capable of better still, given that Saturday's contest had a competitive look to it and was run at a strong pace.

As it turned out, Ellison had an excellent day at Haydock, his Sound Accord beating Zitenka by a neck in the Betfair Chase Series Final. In similar fashion to Hada Men, Sound Accord has been rejuvenated since joining the yard, not finishing out of the first three in four starts and recording two successes, and, refitted with headgear, showed himself to be just about as good as ever. The 11-year-old is deserving of extra credit as, although the race was also run at a good pace, it placed insufficient emphasis on his stamina and he also had to recover from being hampered on the turn for home.

The victory of Auroras Encore, also at Haydock, further highlighted the form of the Sue Smith stable, as she improved her strike rate for this month to 36% having achieved an excellent 22% in March. Auroras Encore ran right up to his best in beating Torphichen by seven lengths following an encouraging third at Sandown on his previous outing. Auroras Encore is entered in the Scottish Grand National (currently trading at [34.0]), although he could head to Uttoxeter in early May to contest the valuable listed event he won in 2010.

Moving on to Kempton, where Thimaar gained his second win from as many starts over two miles for trainer John Gosden. The four-year-old has progressed through the handicap ranks, putting up a career-best on Saturday, and he now looks ready to be tested in a higher grade.

Gosden also struck with Eastern Sun, who got himself back on track in a minor event that was essentially a listed race in all but name. Eastern Sun hadn't been able to do himself justice when third in the Solario Stakes on just his second start last year (having won his maiden impressively), but this win suggested that he will go on improving, and he could now go for the 2000 Guineas at Newmarket or the German version at Cologne.

Hamish McGonagall made a winning reappearance, albeit with the intervention of the stewards, at Musselburgh on Saturday. Trained by Tim Easterby, the horse looks as though he could be better than ever aged seven, travelling fluently before being carried into the middle of the track by first past the post Bear Behind. Hamish McGonagall is likely to continue in form, particularly when speed is at a premium, and he may well contest similar races to last season (second in the Nunthorpe and placed in numerous pattern races).

The 2012 Kentucky Derby ante-post market took more definition after the weekend, as three of the principals all looked to enhance their claims. Of the trio, Gemologist was the only one to win, beating Alpha by a neck at Aqueduct; the former can be backed at [8.2] for the Kentucky Derby, while Alpha is available at [12.0].

Creative Cause could finish only second in the Santa Anita Derby, but was beaten by just a nose. The three-year-old can be backed at [9.4] for the Kentucky Derby, with Union Rags still heading the market at [6.4].

The main racing to note on Sunday came from Fairyhouse, where the feature race was the Grade 1 Powers Gold Cup, won by the impressive Flemenstar. The seven-year-old has gone from strength-to-strength this season, winning five in a row including the Irish Arkle, and this latest 11-length defeat of Rathlin represented a career-best. He can be backed at [12.0] for the 2013 Gold Cup and, with Sir des Champs heading the market at [6.6], the Irish would look to hold a strong hand.