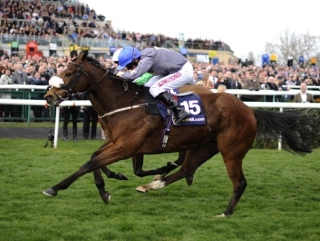 Brae Hill holds on in the Lincoln

"...this year’s renewal went the way of Dr Marwan Koukash’s Brae Hill, who gave Richard Fahey is first winner of the race and Tony Hamilton his biggest success to date."

Timeform round-up the weekend's action, where quality and quantity mixed perfectly at Doncaster and Kempton and Group 1 races were run in Dubai and Australia...

The Lincoln is the first notable race of the British Flat racing season and this year's renewal went the way of Dr Marwan Koukash's Brae Hill, who gave Richard Fahey his first winner of the race and Tony Hamilton his biggest success to date. Brae Hill, who never traded higher than his Betfair Starting Price of [36.0] in-running, had been given a chance by the handicapper, running off the same mark as when runner-up in the race 12 months earlier, and a return to his best was ultimately good enough to secure the prize. He's sure to continue to give a good account in similar races but will be vulnerable off higher marks.

Mull of Killough, who had been put up at [22.0] earlier in the week in the ante-post tipping section of this site, proved better than ever in second, with last year's 2000 Guineas fifth Fury getting back on track in third having been gelded during a five-month absence.

The Spring Mile, for those whose official rating couldn't quite secure them a place in the Lincoln itself, was won in fairly comfortable style by Norse Blues, who defied a staggering Betfair Starting Price of [154.2]. That said, while his length-and-three-quarter defeat of Kyllachy Star was improved form, it has to be said he was suited by the race panned out, keeping out of the trouble in behind, and it remains to be seen whether he can back the effort up. Captain Bertie was undoubtedly the hard luck story of the race, badly hampered as things were starting to take shape and unlucky not to win, eventually finishing in fourth.

Amazingly for a six-year-old who has had 20 races, The Cheka not never previously been tried over six furlongs until Saturday but the drop back to sprinting saw him at least as good as ever, the Cammidge Trophy falling to Eve Johnson-Houghton's charge at the expense of last year's winner Jimmy Styles and Mayson. It will be interesting to see how the winner is campaigned this season.

The Brocklesby, the first juvenile turf race of the season, was won by the most expensive horse in the field, 65,000gns purchase My Boy Bill defying an in-running high of [940.0] to take the spoils. The already-gelded son of Dutch Art looks an above-average prospect and will stay at least six furlongs.

Sylvester Kirk achieved an across-the-card double following Norse Blues' success when another making his seasonal debut, Charles Camoin, battled well to take the Rosebery Handicap at Kempton. Lightly-raced Epsom handicap winner Charles Camoin was another to show the benefit of being gelded and his determined defeat of a better-than-ever Fork Handles clearly shows his yard are well forward this year.

Kempton also played host to the listed Magnolia Stakes, in which the oft-blinkered 2010 St Leger winner Arctic Cosmos bagged his first wince since Doncaster tried in first-time cheekpieces. Arctic Cosmos was another to make a pleasing return, over a trip (1¼m) that is undoubtedly on the short side, dictating and in control a long way out, and he still has the time and ability to re-establish himself as a pattern performer with the John Porter and Yorkshire Cup reportedly his upcoming targets.

One-time Lincoln fancy Primaeval was kept to his favoured Kempton polytrack (four wins from seven starts going into the race) for his weekend assignment and proved that to be the right decision with a strong-travelling victory over Rodrigo de Torres and Alben Star in the seven-furlong minor event. The visored Primaeval, who had been twice balloted out of races at the Dubai Carnival having run second on his first start in the Emirates at Meydan in Janaury, will continue to give a good account but suitable all-weather opportunities will be thin on the ground in the coming months.

Fans of National Hunt were catered for with meetings at Uttoxeter and Stratford on Saturday but the better quality jumps action came from Ireland, with Tranquil Sea winning the Grade 2 Webster Cup Chase and Table Mountain, who was bought by current connections for 200,000gns after winning three times on the Flat for Aidan O'Brien, a well-backed winner of a handicap hurdle in the hands of Barry Geraghty.

The Mile was won by former Lincoln hero Penitent, who provided the second big win (Brocklesby winner My Boy Bill the first) for his dam Pious this weekend and was scoring at the first time of asking for trainer David O'Meara having been purchased for 40,000gns at Tattersalls in October last year. Like so many who've joined the O'Meara yard, Penitent quickly got back to his best and he's now proved himself fully effective on any going.

The tough Eternal Heart edged out King of Wands, who had been gelded since his last outing 20 months previously, in the Shield, while Colonel Mak and Karaka Jack took the seven and six furlong big-field handicaps respectively. Also on the card, Marco Botti's Kingsdesire maintained his unbeaten record with a much-improved victory in the handicap over an extended mile and a quarter and fellow three-year-old Born To Surprise confirmed his 2000 Guineas entry not to be fanciful with a thoroughly dominant display in the seven-furlong maiden.

There was also jumps racing at Ascot and Limerick in Ireland on Sunday.