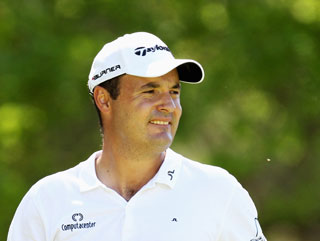 Khan is the latest 999-1 winner on Betfair

Simon Khan's BMW PGA Championship victory was considered so unlikely by Betfair customers that the journeyman English golfer was backed at a high of [1000.0] on the exchange.

The European Tour journeyman started the day seven shots back of third round leader Chris Wood and overtook a clutch of more fancied countrymen - including Luke Donald and Danny Willett - as the field ahead of him crumbled.

Khan's final round 66, topped off by a birdie on the much derided 18th, was only matched by compatriot Lee Westwood, who finished 11th.

The Wentworth winner holds an entry for the Madrid Masters, which starts on Thursday, and can currently be backed at [60.0]. Luke Donald, Martin Kaymer and Sergio Garcia lead the early betting.