Twente v Fulham: Both teams to be fairly happy with a point 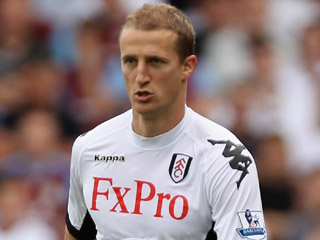 "Fulham have been held in precisely half of their domestic outings and each of their last two, while Twente have drawn four in seven – and three in six at home – including their last two as well."

Michael Lintorn suspects that neither Twente nor Fulham will be too saddened by a draw when they collide on Thursday teatime...

Fulham have a chance to steal top spot in Europa League Group G by beating table-topping Twente in Enschede, but in reality they won't be too disappointed if they return to England with a draw to match the one earned at Craven Cottage.

Their hopes of victory aren't helped by the fact that none of the 13 visitors to the De Grolsch Veste since Villarreal in this competition last April have triumphed, with the likes of Eredivisie leaders AZ Alkmaar, Benfica and PSV falling short there since.

The reality of the situation is that second place in the Europa League is far less of a disadvantage than it is in the Champions League, and a share of the spoils will see Fulham join Twente in the last 32 with a game to spare if Odense and Wisla Krakow tie.

Both clubs have important fixtures over the weekend with the Cottagers welcoming Liverpool and Twente heading to formidable hosts Utrecht, so may be tempted to rest a few players in a clash that needn't prove decisive to their campaigns.

That's not to suggest that they will conspire to draw, however on the basis of their results so far this season, neither need much help in that department, and [3.55] is a surprisingly chunky price.

Fulham have been held in precisely half of their domestic outings and each of their last two, while Twente have drawn four in seven - and three in six at home - including their last two as well. Given that their initial meeting ended level, a repeat is hardly unthinkable.

Both teams have goals in them, as evidenced by Fulham's 6-0 demolition of QPR a few months back and Twente scoring three or more on ten occasions already this term, but neither have scaled those heights of late.

The west Londoners have netted two in three - and both of those own goals - while the hosts fired their first blank in 22 games against Vitesse on Sunday, so side with under 2.5 goals at [1.95].