The Over/Under 2.5 Goals Column: Goals at the Stadium of Light 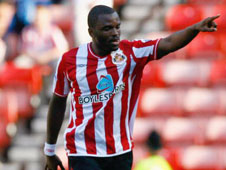 Sunderland's Darren Bent is just one goal behind Fernando Torres on the goalscoring charts and adding to his tally on Saturday afternoon should put us in good stead to cash in on the over 2.5 goals barrier.

"I would be surprised if we saw less than two goals here – and the 1-1 is a real possibility. Both teams have been on the score sheet at the Stadium of Light in all of Sunderland’s last five Premier League games, while 10/16 of Liverpool’s last away games have also seen both teams score at least once."

Ed Nicholson crunches the numbers, weighs up the odds and recommends the best Premier League bets this weekend on the over/under 2.5 goals markets...

The Black Cats have had a relatively great start to their 2009/10 Premier League season under new manager Steve Bruce. Conversely, Liverpool have started this term relatively poorly, and as a consequence Sunderland are just two points behind the Reds in eighth place after the first eight games.

But Liverpool have won all of their last six Premier League games against Sunderland without conceding a goal, while all three of their games at Sunderland have been under 2.5 goal affairs.

Only two teams have scored more goals than Sunderland's 12 at home this term, while there are only four teams that have conceded more than Liverpool's eight away from home.

I would be surprised if we saw less than two goals here - and the 1-1 is a real possibility. Both teams have been on the score sheet at the Stadium of Light in all of Sunderland's last five Premier League games, while 10/16 of Liverpool's last away games have also seen both teams score at least once.

Many will be looking to go with goals here but in the belief that Man Utd will shut the Trotters out I think the value has to be the unders, while I also suggest a saver on the 3-0 correct score. Although 76% of Man Utd's last 20 home games have ended in games with 2 goals or more, only 52% have seen three match goals.

In the last five years, three Old Trafford fixtures between these two ended 2-0, and with Sir Alex Ferguson sure to demand more care at the back following an embarrassing 2-2 draw against lowly Sunderland last time, a better defensive display is anticipated. Man Utd are sure to create chances too - but the percentage play must be unders at [2.60], with a saver on the 3-0 @ [9.4].

This game is very likely to be over 2.5 goals. But quotes around [1.50] make it a simple decision - either no bet or back the unders, and I feel there are good reasons to go with the unders at a massive [2.90].

Birmingham fans have only seen 13 goals in their sides 8 league games - that's the lowest number of goals of any Premier League team this year. Birmingham play with one up front away from home and they will be very lucky if they manage to score. So the question is: will Arsenal score three or more, and how likely is that against the odds-on show? Firstly, it is probable that Arsenal will score over two goals - but Birmingham have the worst over 2.5 goal match record in the league over the last ten matches, and second worst over the last 20 games.

Only 41% of Arsenal's home games against middle graded teams over the last three seasons have seen three goals or more, while that increases slightly to 55% when you downgrade the sides they play to bottom half.

Two of the last three Arsenal v Birmingham games at the Emirates have ended in under 2.5 goals, and at [2.9] I'm going to take a chance there's a another, especially given that Arsenal may either not play a full strength side, or may make substitutions with Champions League football coming up next week.