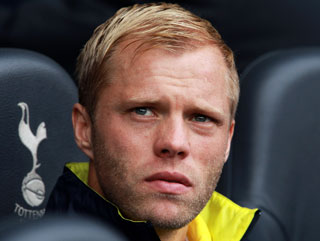 "Arsenal are beginning to look thin, suddenly having to rely on Sol Campbell and Alex Song as their two centre backs in the 1-1 draw at Birmingham. Barcelona will be rubbing their hands at the thought of getting at that pair at The Emirates on Wednesday."

Back in 1981, Aston Villa won the League title using only 14 players. In reality, though, it was only 12. David Geddis and Eamonn Dearcy turned out only five and eight times respectively. Come to that Gary Williams and Colin Gibson shared the right back berth almost equally, so that ten of Ron Saunders' side played 36 games or more.

Three years later Liverpool collected a treble of European Cup, League and League Cup. That run even involved two replays in the third round of the League Cup, forcing them to work their way through 66 games in the season. Thankfully manager Joe Fagan had a few more options than had been available to Saunders - he used 15 players!

If there was a weekend to prove just how much the game has changed in just over 25 years, this was it. The Premier League is not about who has the best team any more, but who has the deepest squad. And it is in March and April that the answers get found.

Villa are as good a place as any to start. Martin O'Neill watched his team get dismantled 7-1 by Chelsea at Stamford Bridge. Just like Saunders back in 1981 he has spent all season picking more or less the same team. While Carlo Ancelotti could freshen up his pick by bringing in the talents of Joe Cole and Deco, and could even afford to leave out Didier Drogba, O'Neill's option was Steve Sidwell. John Terry said they'd watched the Villa videos and seen them tire after an hour in all their recent games, and it happened again.

Chelsea's title odds shortened slightly to [2.82], but not more because Manchester United were also proving the depth of their resources with a 4-0 cruise at Bolton. No Wayne Rooney, so cue Dimitar Berbatov to help himself to a couple of goals.

And yesterday the master of squad rotation, Rafa Benitez, was gently bringing his first XI back together for the run-in with fourth place in his sights, as Fernando Torres scored twice in a 3-0 win over Sunderland.

Liverpool are now [3.55] a top four finish having looked out of it a few weeks ago. Tottenham kept their grip on the last Champions League place with a comfortable 2-0 win over their FA Cup semi-final opponents Portsmouth. Harry Redknapp has stitched together a run of five consecutive League wins now, and that's down to Spurs' squad strength, able to summon talent of the quality of David Bentley and Eidur Gudjohnsen almost from nowhere.

In contrast Arsenal are beginning to look thin, suddenly having to rely on Sol Campbell and Alex Song as their two centre backs in the 1-1 draw at Birmingham. Barcelona will be rubbing their hands at the thought of getting at that pair at The Emirates on Wednesday.

Squad size has just as much an impact at the other end of the table. Hull benefited with a 2-0 win over Fulham because Roy Hodgson's side, like Villa, are running out of legs after a magnificent season that's already involved 51 games. I flagged up Hull's home record last week as a reason to lay them for relegation, and their odds have changed from [1.64] to [2.32]. New boss Iain Dowie has brought back Ibrahima Sonko and Caleb Folan who had both been told by Phil Brown they wouldn't play for the club again, as well giving Jozy Altidore a fresh start, and those options will be a big help.

In contrast West Ham have lots of bodies but not enough players, and the collection of technically gifted but lightweight signings that former "technical director" Gianluca Nani recruited were out of their depth against a Stoke side that's always prepared to battle. Coach Gianfranco Zola has vowed to fight on today after promising to assess his position following the 1-0 home defeat - and done it by giving his players three days off!

Everton, now [5.7] a top six finish, have been a classic case of using fresh players at the back end of a season as Phil Jagielka and Mikel Arteta returned to fitness. The Spaniard was missing in a 0-0 draw at Molineux. Incidentally Wolves manager Mick McCarthy used eight of the players who appeared at Old Trafford in December when his club were fined for fielding a weakened team. Oh yes, it's definitely a squad game now.