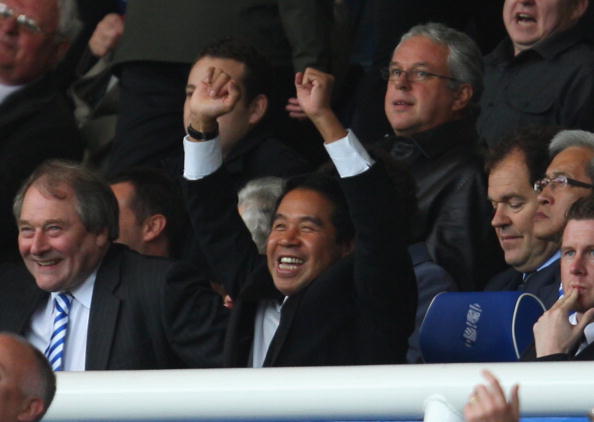 Will Carson Yeung be celebrating a second consecutive home victory? This weekends opponents will provide a much sterner test.

With the takeover of Birmingham City finally complete Sunday's game reads like a before and after advert for football's multi-billionaire investors. Jaymes Monte takes a look at a fixture which may have a considerably different feel to it in a years time. Best Bet: Back Man City @ [1.8] in Corners Match Bet.

Carson Yeung has finally completed his takeover of Birmingham City, after what was one of the longest running sagas in English football. Yeung first declared his interest back in the summer of 2007 and there has been an air of uncertainty surrounding the club ever since. Manager Alex McLeish has been promised £40million to spend on players in January, and ticket prices have been slashed for this weekend's game against Manchester City, it would be fair to say that Yeung is making all the right noises to please the fans.

On the pitch Birmingham recorded a much needed victory against Sunderland last week which kept them two points above the relegation zone. Although that win may have been more attributable to Sunderland's poor performance than any new found fluency in the Birmingham side, it was a deserved victory nevertheless for the home team.

On Sunday Manchester City conspired to squander a two goal lead and end their 100% home record for the season whilst notching their third league draw in a row. Then on Wednesday night attention was turned to the League Cup where Roque Santa Cruz made his first start and scored his first goal for City as they tore apart Championship outfit Scunthorpe.

Hughes will have taken comfort from the sight of Santa Cruz returning to the score sheet as City's injury concerns continue to pile up. Their are slight doubts surrounding the fitness of both Craig Belamy and Emmanuel Adebayor, and Robinho remains sidelined for another week at least. Kolo Toure is also a doubt and Nedum Onuoha a long term casualty at the back.

Teemu Tainio will return to the Birmingham squad after being unavailable for selection against Sunderland due to the conditions of his loan arrangement. There isn't likely to be any other major changes to Alex McLeish's side for the visit of football's mega rich.

The recent head to head record between these two sides is dominated by Man City, but such is the vastness in difference of this Man City side to the one that took the field when they last met in 2007, it would be difficult to draw any conclusions from those statistics.

Mark Hughes appeared to have addressed City's travelling woes as they won their first two away games of this season, but they have failed to win any of the following three. Questions will undoubtedly be asked if they do not beat Birmingham this weekend in a fixture they must surely be taking maximum points from if they are to challenge the big boys this season.

Turning to the betting options for this game and Birmingham are priced up at [4.6], Man City at [1.9] and it's [3.8] for the spoils to be shared. Man City have scored six of their 18 goals this season in the first 30 minutes of games, where as Birmingham have yet to score in that same time frame, so if you're going to back Man City I'd advise getting on before kick-off.

I'd also be looking to back the under 2.5 goals at [1.9], Birmingham home games have averaged just 1.6 goals this season and Man City have only managed to score one goal in three of their five trips away from Eastlands.

However, my main plays of the day will be in the corners markets where there are often some good value bets to be had. Man City fixtures have averaged 13 corners per game this season a stat which is only bettered by two other Premier League clubs - Chelsea and Sunderland. Their attacking style of play has also seen them awarded an average of 6.8 corners per game whilst Birmingham average just 4.9.

No prizes for guessing where this is heading but if you can get anything at around [1.8] or bigger on the away side to win more corners you would be well advised to steam in and I'll also be looking at the [2.8] available on 13 corners or more with similar stakes.

Already six points behind early season pace setters Chelsea (before this weekend's games), Man City can't afford to let that gap get any bigger at this early stage if they are to mount a serious challenge for the title. But Yeung's arrival at St. Andrews has brought an air of expectancy in the Second City and this will be no easy task for the visiting side.