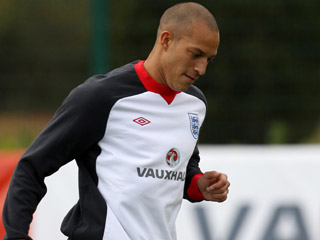 The Opta trends point to Peter Crouch, Bobby Zamora and Gabriel Agbonlahor getting amongst the goals in the Premier League this weekend...

Manchester City v Aston Villa (Saturday, 15:00)
Gabriel Agbonlahor has scored in four of his last six Premier League appearances
Aston Villa's home-grown striker has been more prolific than Darren Bent so far this season - no mean feat - and isn't the sort to shirk his responsibility in big games either, as his second city derby scoring record shows. The 25-year-old has also grabbed a hat-trick against Manchester City before.
Recommended Bet: Agbonlahor to score @ [5.2]

Stoke v Fulham (Saturday, 15:00)
Peter Crouch has scored in three of his last five Premier League starts against Fulham
While England fans fret, Wayne Rooney's three-match Euro 2012 suspension is great news for recent call-up Bobby Zamora - who Opta note has fired in four of his last five Premier League outings - and Stoke's Peter Crouch, who has played down his international prospects. Both have a chance to shine here.
Recommended Bets: Crouch to score @ [3.8]; Zamora to score @ [4.6]

Chelsea v Everton (Saturday, 17:30)
Frank Lampard has scored four goals from just five shots on target in the Premier League this season
With Chelsea hosting Genk in the Champions League, Andre Villas-Boas is unlikely to rest his veteran midfielder in the Premier League this week. If he starts, Everton fans will be worried due to both the above Opta pearl and his seven strikes in six years against them, one of which was an FA Cup Final winner.
Recommended Bet: Lampard to score @ [3.02]

West Brom v Wolves (Sunday, 12:00)
Steven Fletcher has scored nine goals in his last 15 Premier League appearances
Opta also reveal that two of the goals in that impressive tally were scored in the last Black Country derby in May, so another clash with West Brom, who have kept only four clean sheets in 45 games since winning promotion in 2010, promises to bring the best out of the Wolves forward once again.
Recommended Bet: Fletcher to score @ [4.8]