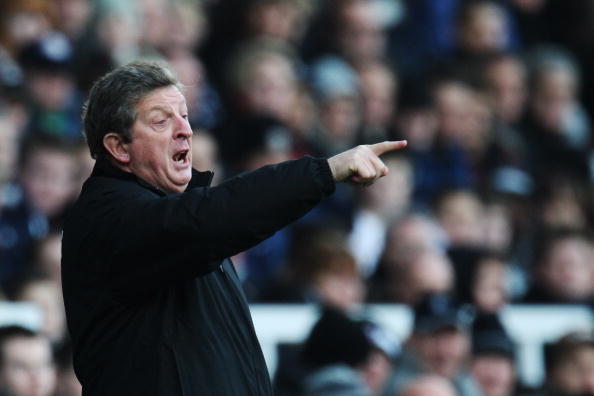 Roy Hodgson has given a master class in getting the most from a small squad this season, but for how long can he continue to stretch his players to the limit?

"With Fulham suffering just three home defeats all season – Arsenal, Aston Villa and Chelsea – it is difficult to justify Spurs being such clear favourites at [2.5]. Yet that display against Sunderland is still too fresh in the memory to suggest backing Fulham at [3.2], what if it wasn’t a resolute away performance? What if they really are on running on empty? "

Jaymes Monte analyses an FA Cup game which he hopes will be an entirely different spectacle from that which he witnessed last Sunday...

I had the displeasure of paying to attend the Sunderland versus Fulham game last week and let me tell you that reports of it being one of the worst games of the season are not exaggerated. The best way of describing the game is to say that it was a team that didn't want to win playing against a team who didn't know how to win. However, we shouldn't denigrate or criticise Fulham, after all this is the cornerstone from which they have built their success under Roy Hodgson - win your home games and anything that you can pick up on your travels is a bonus.

Unfortunately, there is little that can be taken from that game which can be applied to this one. Fulham's defence coped amicably with the strains of having played in Ukraine less than 72 hours earlier, but they were never fully stretched by a lacklustre Sunderland attack. They lacked any potency or intent going forward but that was more a case of not wanting to stretch the game and expose their defence too much. In short; Fulham dictated the pace and style of the game at the Stadium of Light, but this week's FA Cup tie against Tottenham is an entirely different proposition.

The first question to ask is whether Hodgson would welcome another game for his stretched squad in an already hectic season. The answer to that will undoubtedly be yes if that game is an FA Cup semi-final, but if it is a quarter-final replay then he would maybe think twice. On the other hand, if Fulham have aspirations of playing Europa League football again next season then it would have to be suggested that the FA Cup is their only realistic route. Ironically, Tottenham have the squad to cope with a European campaign and whilst securing fourth place in the Premier League will be their primary target they have the resources to do both that and continue on their FA Cup glory trail.

With Fulham suffering just three home defeats all season - Arsenal, Aston Villa and Chelsea - it is difficult to justify Spurs being such clear favourites at [2.5]. Yet that display against Sunderland is still too fresh in the memory to suggest backing Fulham at [3.2], what if it wasn't a resolute away performance? What if they really are on running on empty? And if the replay is such an undesirable consequence for the Premier League manager these days, should we really be backing the draw at [3.4]? One of them has to come in, but I'll be damned if I know where the value is here.

Perhaps goals are the way forward. Spurs have strikers who are in form in Roman Pavlyuchenko - five goals in just 192 minutes of football - and Peter Crouch - two goals and a man of the match performance for England in midweek - yet one of them could miss out at the expense of Jermain Defoe - 22 goals in all competitions this season - if he is declared fit. Over 2.5 goals is priced at [2.2] and looks like it could be the better value, especially for in-running traders, but you may want a saver on Tottenham to keep a clean sheet at [3.3] because I feel Fulham will need to score for this one to come in.

Harry Redknapp will be hoping that he finds himself in Hodgson's predicament come this time next season and they will certainly be better equipped to cope with it. But for now all the plaudits must go to The Cottagers and their success in keeping a Premier League, FA Cup and Europa League campaign on track simultaneously. They are [14.5] to win the FA Cup and [22.0] to win the Europa League but either or both would surely be a step too far.