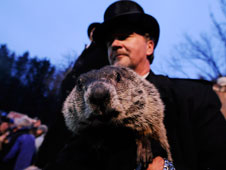 "The match odds market has Australia at a skinny [1.59] and England at a very generous [2.68]. There is no doubt that the English price is tempting but it's probably one of those times when the old saying 'there's no value in backing a loser' rings true."

England have got losing one-dayers down to a fine art, so swerve them in the match betting and concentrate on side markets, says Frank Gregan

After the third one day international Andrew Strauss said that it felt like 'Groundhog Day' having lost the game in similar circumstances to the second match.

Strauss is certainly leading from the front having top scored in the last two matches but sadly for England no other batsman has been able to get past the half century mark during those two games and those failures have cost England dearly. In addition to Strauss's two half centuries the only other English player to get past 50 during the series is Paul Collingwood, who made 56 during the second encounter. That simply isn't good enough.

After Strauss's 'Groundhog Day' comment he then went ahead and spookily made exactly the same score in the fourth game that he had in the third - 63. That's a decent knock and had another batsman got past it and one more made a half century then that probably would have been enough to secure a much needed victory. That's the trouble with England at the moment, it's all ifs and buts, but the harsh reality is that they are 4-0 down in a seven match contest.

There were many who thought that a seven game series was over the top and that keeping the cricketing public engaged would be difficult. The counter argument was that it is against the old foe and any cricketing contest between these two countries is well supported. There is little doubt that the 4-0 scoreline has deflated the anticipation bubble somewhat but these next three games do matter. Having regained the Ashes the last thing that England needs now is to suffer a whitewash on home soil. Pride is at stake here and even if England can no longer win the series they can bring a sense of respectability to the scoreline.

Betfairians have seen little in England's performances to encourage them to follow their hearts and back the home team. Indeed, my recommendations throughout this series have always been to back the Aussies. They've had to do it the hard way, Michael Clarke lost the first three tosses and Ricky Ponting also called wrong on Saturday. Winning the toss in a one dayer is important and one can only assume that when 'what goes around comes around' and the Aussies see the coin come down in their favour it will lead to another English defeat.

The match odds market has Australia at a skinny [1.59] and England at a very generous [2.68]. There is no doubt that the English price is tempting but it's probably one of those times when the old saying 'there's no value in backing a loser' rings true.

Instead I've been looking for value in the other markets and the one I like the look of is the Opening Partnership. England have had the better opening partnerships in three of the four matches so far and given the current form of Andrew Strauss it could prove wise to get on England again. A match in the region of [2.2] should be possible and that is good value given the stats.

Strauss's 'Groundhog Day' comment was the topic of conversation amongst half a dozen of us watching the game on Saturday. As England managed to lose their last five wickets for 20 runs in 21 balls the bloke next to me said, "I don't know about Groundhog Day, it's more like Hedgehog Day. They're batting like a load of...." Well, I'm sure you can guess the rest!